Oddly it can be tricky for beginners to work out if an image has been taken with a fast or slow shutter speed. I think the brain is so good at interpreting the scene and seeing movement the difference is not always clear.
When a slow shutter speed has been used you can expect to see streaks or, at the least, areas that are unclear- I can't help but think of the whoosh drawn behind cartoon characters when I see it. 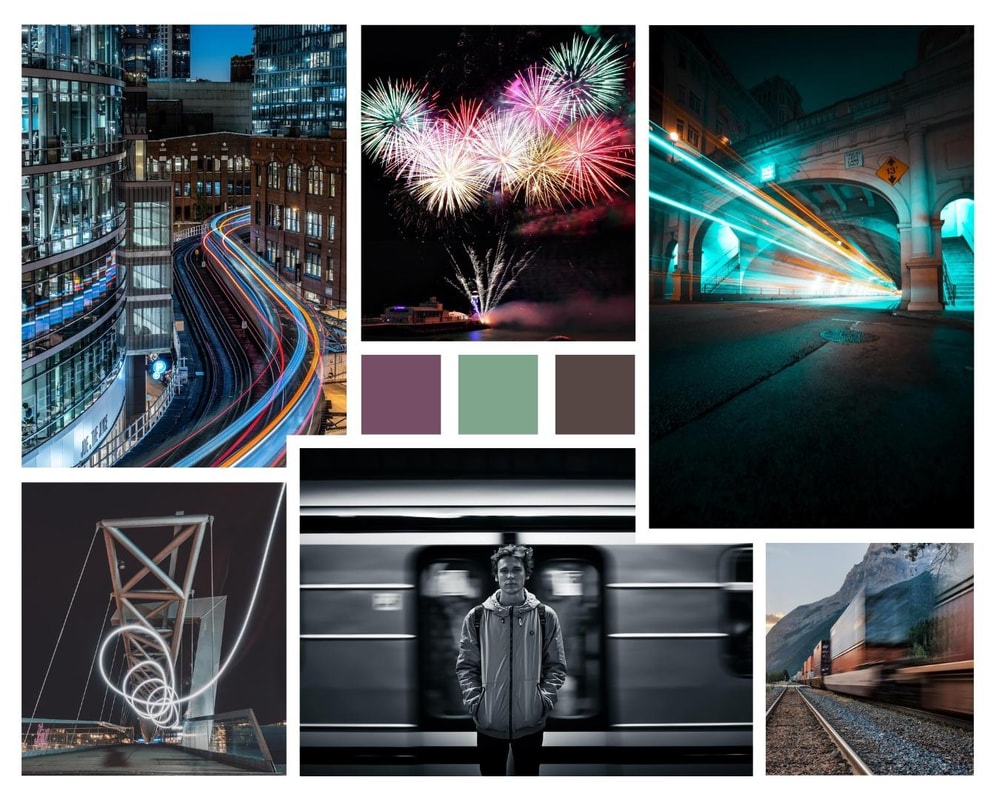 The idea behind this technique is to keep the shutter's curtains open (showing the film or sensor the world) for enough time to allow the subject to move during the time the image is made. Most often you will get a ghostly image as the photo captures the subject in several places.

You'll notice more than half the examples shown above were taken in dark or dull conditions- keeping the camera shutter open will let the available light flood in so this often leads to very bright images - more on this to come.

For any of your image to look clear, you must keep the camera very still - normally this is done with a tripod. On that note, have a look at the example below and analyse what is wrong with it: 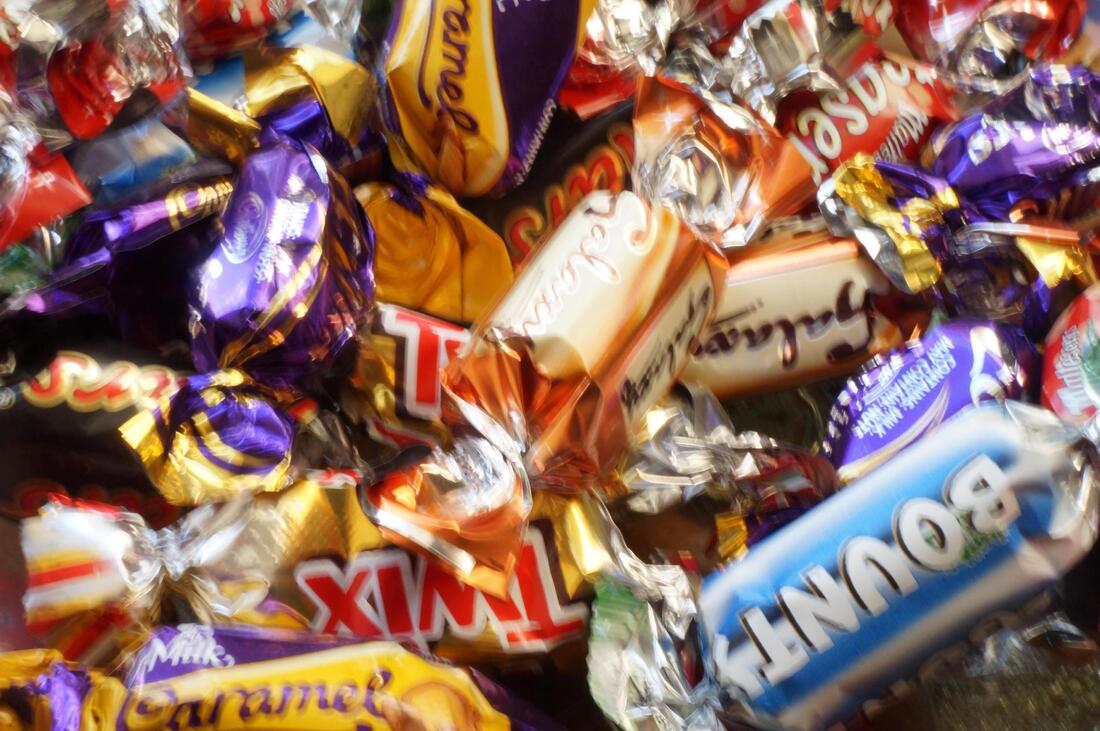 A quick glance shows it is not right, this looks similar to being out of focus but that is not the problem here. Look closely and see there is an echo of most of the lines- for example the galaxy looks to have 2 edges. This blur is across the whole image. This is camera shake.

Camera shake happens when the shutter speed is too slow for the user to be able to hold the camera still. As we breathe there is always a small amount of instability, heavier cameras and longer lenses amplify this even more. 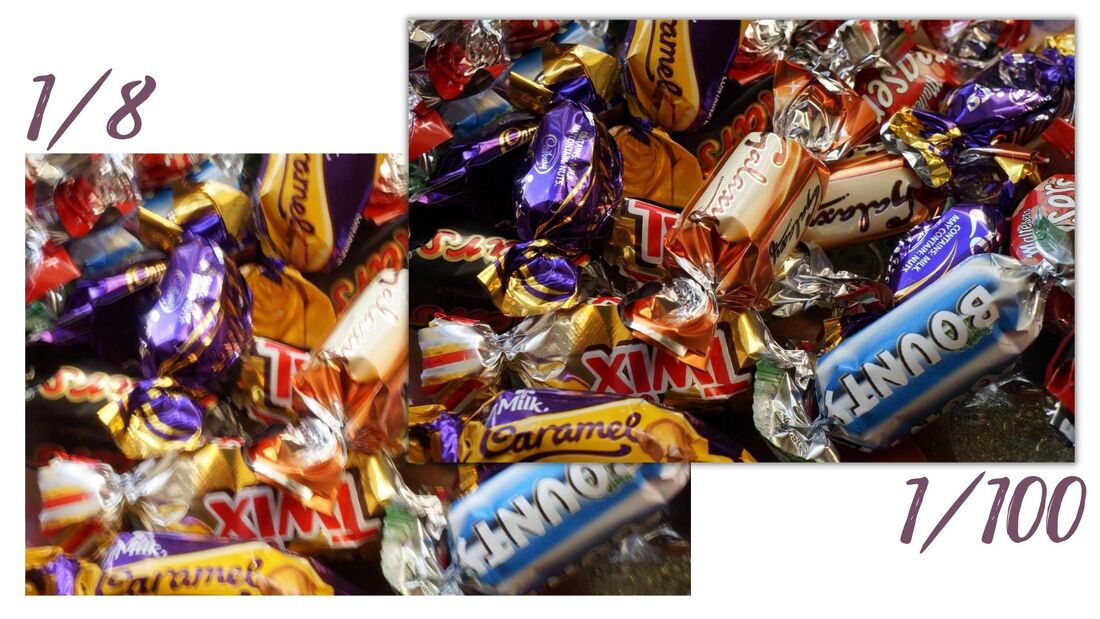 For even more examples of subjects that work well shot using slow shutter speeds you may like to visit my Pinterest board: https://www.pinterest.co.uk/christinew5001/slow-shutter-speed/

Long exposure is another term for slow shutter speed although I would say this term is often reserved for very slow speeds, perhaps those of over 1 second.

Making Light Trails is a wonderful way to practice with long exposures.

Using the same principle you can create star trails. Perhaps surprisingly it only takes 25 seconds for a star to appear in a photo as a line/dash rather than a dot.
Sometimes photographers create star trails using a number of photos that are later merged together but you can get a similar effect using only a single image with a long exposure of a minute or more.

This dark subject lends itself well to very slow shutter speeds because during daylight long exposures let too much light into the camera.
Many cameras will allow you to turn the shutter speed down to 30 seconds, so to have an even longer time you may need extra equipment like a remote control.

If you wan’t the stars to form a circle be sure to point your camera towards one of the pole stars.
Apps are available to help identify the constellations which could be helpful if this subject appeals to you. 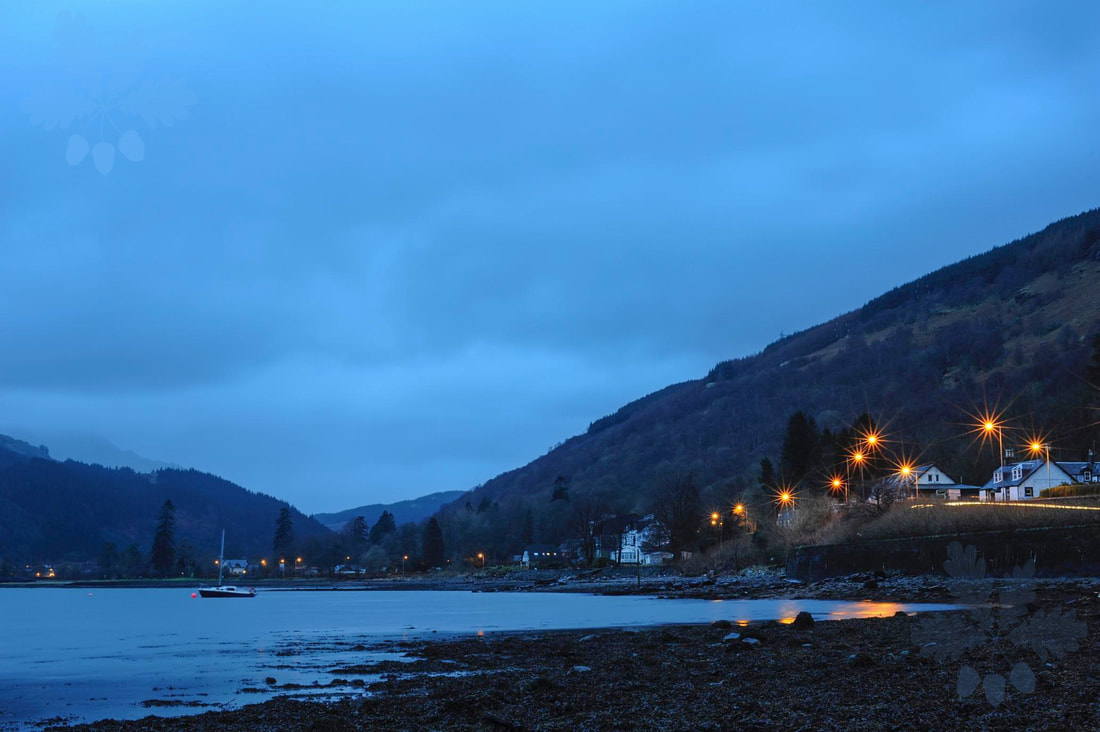 A long exposure with the camera on a tripod allow you to capture scenes at dawn.
Here the effect has calmed the water in the Loch and helped make the streetlights look like stars. 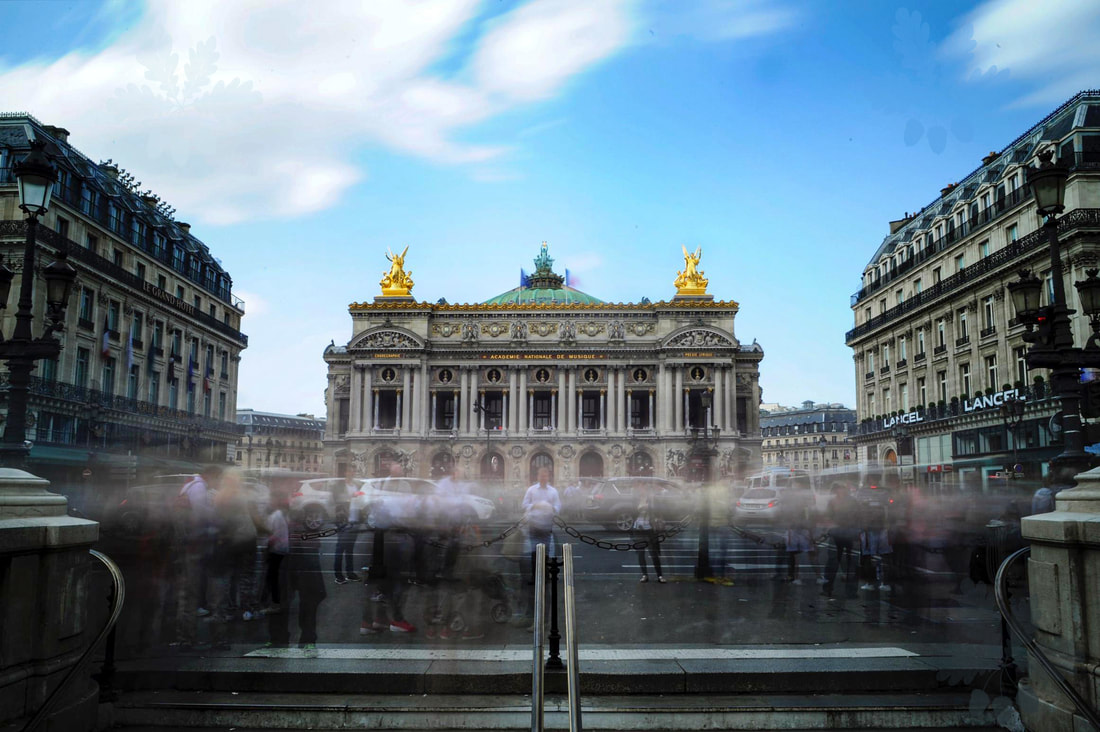 Taken during the day using an ND filter, the long exposure has blurred the people and the traffic in this busy street.

Things to watch for: ​

Slow shutter speeds keep the camera open for a longer time, so keep in mind that (besides altering the look of movement) the main effect this has is to let a lot of ambient light in. When using shutter speed priority the camera will try to compensate for this extra light, but there are limits.

SO… to use long exposures during daytime especially in bright light can be difficult. You are highly likely to get an overexposed (very white or bright) image.

Many photographers invest in filters to darken the scene and allow for slower shutter speeds without letting in as much light. More about filters can be found here.

If you are just learning the basics, for now consider using this technique at dusk, indoors or in dark shade.

* Remember to raise your shutter speed back up after you've been playing, it's really easy to forget and then hit problems with the next few shots you take when you start using the camera again.*
It is absolutely fine to leave your camera on shutter speed mode all of the time, simply select a midrange speed such as 1/125, this works for most things.
Consider changing the speed to something more specifically fast or slow
​when your subject is moving. ​​